Page 53
A lot of Sioux and Pawnees were also in the country hunting and one day Old
Whistler , the chief of the Sioux , accompanied by Hand Smeller and Fat Badger ,
two sub chiefs , came into “ Pony ' s " camp and demanded food . Rogers stirred
up ...
Page 121
13 This morning we were scraping broomcorn and Frank Hallgren , who was
feeding the scraper , accidentally caught his hand in the gearing , broke a finger ,
and crushed his hand badly . More Politics and Romances at Home 121.
Page 160
Jeers and jokes met him on every hand and when he incidentally remarked that
he had “ been on the road to heaven seventeen years , " " Ash - hollow Jack , "
who was in the crowd , interrupted him by saying that " if he had been on the road
... 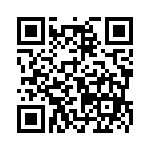