A book first published in 1627, under the title The New Atlantis, Or the Voyage to the Land of the Rosicrucians. The story of a ship lost in the Pacific ocean, with 51 people on board, 17 sick...and ... Read full review

Francis Bacon was born in Dublin, Ireland, in 1909. He emerged as one of the leading painters of the 20th century during the 40s and 50s. Bacon expanded the possibilities of figurative art with a bold, expressionistic style at a time when abstraction was the dominant mode. He was also one of the first artists to depict overtly homosexual themes. He stands as a towering figure in 20th-century art, having established a huge influence on younger generations of painters. He died in 1992. 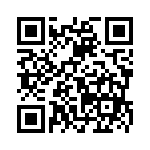