Not such a pleasure to read as the Julius Norwich on this time frame but a good professional survey of the period. the state is seen to rise from the nadir of the Islamic assault to a mild expansion ... Read full review

One of the great unsung masterpieces of historical writing, Byzantium: The Imperial centuries, 610 to 1071 is, in almost every respect, a masterpiece. Jenkins.s book provides a richly detailed, thoughtful, account of Byzantium's golden age. From the death of Justinian's last heir 610, to the debacle at Manzikert in 1071. Jenjins recounts almost every aspect of Byzzantine history-military, political, economic, and social with eloquence and power. He also writes in a hilariously learned style that , on occasion, makse Clarendon or Gibbon seem almost like Hemingway -or Mickey Spillane. For just a few of many, examples. a handful of excerpts from his (Superb) concluding chapter on the debacle at Manzikert., of one of sultan Alp Arslans advisors , he writes, (He) had, penetrated into the very heart of the empire and come out scathless. ( Yes,so help me Gibbon and Clarendon that was not a misprint, he actually writes not "unscathed, but "scathless", that "the seemingly formidable Empire of the Macdeonians was rotten to its core, and that its eastern provinces were ripe to be plucked, " The morning of the day the long awaited battle was fated to takev place, the Sultan gave his general, a simple and succinct order: "win , or be beheaded". Most of the ensuing day was akin to a punting duel between two football teams. With stubborn courage, Romanus Diogenes pursued the elusive foe. Each time It seemed a battle was eminent, "the sagacious Alp" Which, so help me Thomas Babington, is what Jenkins calls the Seljuk Sultan ,"Extricated himself,covering his withdrawal behind a cloud of arrows. Finally, early in the evening, Romanus, reasonably enough, finally orderwd his troops, now thouroughly exhausted and a bit demoralized to furl their banners and turn back towards camp, only to get a n unpleasant surprise. Here, inits entirety, iss the conclusion to tof the chapter and of thee book."Alp arslan promptly hurled ten thousand fresh cavalry at the imperialws ,rear, while at the same time,crying sauve qui peut",Andronikos and the Byzantine reserves hastened toward the confines of .Anatolia (Clearly, ducasalso knew when to gallop the way the wind blew.) We will draw a veil of charity over the aftermath, save to say that Alp received his defeated adversary with graciousness and magnaminity. "
Jenkins last words."We need not make any more reflexions. Anatolia, the grtradtional source of prestige, of soldiers , and of supplies had been irretrtrivably lo,lost , thus bringing the imperial centuries of Byzantuium tio an ignominious end" to an end." Wow, Professor Jenkins! .Talk about that good old neo-Jacobean Prose style. ! Sir Thomas Browne, call your office! someone has been impersonating you! . To speak a bit more colloquially, what a stone cold, flat ourt masterpiece. Donald Creighton mifght have envied your style!

At the time of his death in 1969, Romilly Jenkins was Professor of Byzantine History and Director of Studies at Dumbarton Oaks Research Library of Harvard University. 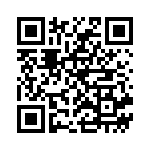