While the Homeric texts are a prominent feature of Western culture, the actuality of the world described in the Iliad and Odyssey is more problematic. Professional economist and amateur archaeologist ... Read full review

This is a modern Schliemann's adventure that anyone who has loved Homer should read. Its illustrations alone are worth the read, and the suspenseful tale it tells, with the final, amazing conclusion that the oral tradition that Homer recorded had preserved incredibly accurate details of actual 12th century BCE geography, makes one's jaw drop.

Robert Bittlestone studied economics at the University of Cambridge. He is the founder of Metapraxis Ltd, a company specialising in the detection of early warnings for multinational companies. He is the author of numerous business articles and a Fellow of the Royal Society for the Encouragement of Arts, Manufacture & Commerce.

John Underhill is Chair of Stratigraphy at the University of Edinburgh and Associate Professor at the Department for Petroleum Engineering, Heriot-Watt University. 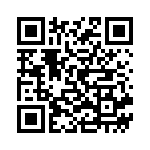