Page 26 - If the people be led by laws, and uniformity sought to be given them by punishments, they will try to avoid the punishment, but have no sense of shame. "If they be led by virtue, and uniformity sought to be given them by the rules of propriety, they will have the sense of shame, and moreover will become good.
Appears in 186 books from 1779-2008
Page 1 - Men make their own history, but they do not make it just as they please; they do not make it under circumstances chosen by themselves, but under circumstances directly encountered, given and transmitted from the past.
Appears in 1182 books from 1925-2008
More
Page 6 - If a person possesses any tolerable amount of common sense and experience, his own mode of laying out his existence is the best, not because it is the best in itself, but because it is his own mode.
Appears in 173 books from 1859-2008
Page 97 - That may seem like a bad thing, but it is really a good thing. Poor people want change, want to do things, want revolution. A clean sheet of paper has no blotches, and so the newest and most beautiful words can be written on it, the newest and most beautiful pictures can be painted on it.
Appears in 103 books from 1939-2008
Page 114 - Democracy and socialism have nothing in common but one word: equality. But notice the difference: while democracy seeks equality in liberty, socialism seeks equality in restraint and servitude.
Appears in 41 books from 1940-2006
Page 18 - Daniel Lerner, The Passing of Traditional Society: Modernizing the Middle East (Glencoe: The Free Press, 1958). 7. Everett Hagen, "The Theory of Economic Development,
Appears in 167 books from 1947-2008
Page 88 - East, if there were no struggles of the masses of people in the United States, Britain, France, Germany, Italy, Japan and other capitalist countries against the reactionary...
Appears in 24 books from 1922-2006
Page 70 - Our opinion of the gods and our knowledge of men lead us to conclude that it is a general and necessary law of nature to rule wherever one can.
Appears in 59 books from 1913-2007
Page 26 - When a prince's personal conduct is correct, his government is effective without the issuing of orders. If his personal conduct is not correct, he may issue orders, but they will not be followed.
Appears in 110 books from 1861-2008
Page 155 - Indeed, it has been said that democracy is the worst form of Government except all those other forms that have been tried from time to time.
Appears in 363 books from 1880-2008
Less

SHAOHUA HU is Associate Professor at Wagner College, where he chairs the Department of Government and Politics and coordinates the International Affairs Program. A former fellow at the Chinese Academy of Social Sciences, he is writing a book that compares major powers' policies toward cross-Taiwan Strait relations. 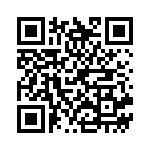