John William Johnson is Associate Professor of Folklore and African Studies at Indiana University. He is author or co-author of six previous books and numerous articles on Somali and Mande linguistics and folklore. 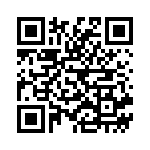