Page 39
In particular , the second principle of thermodynamics states that , in a closed
system , a certain quantity , called entropy , must increase to a maximum , and
eventually the process comes to a stop at a state of equilibrium . The second
principle ...
Page 62
In mathematics , the exponential law is called the “ law of natural growth , " and
with ( aj > 0 ) is valid for the growth of capital by compound interest . Biologically ,
it applies to the individual growth of certain bacteria and animals . Sociologically
...
Page 108
Furthermore , if the principle of homeostatic maintenance is taken as a golden
rule of behavior , the so - called well - adjusted individual will be the ultimate goal
, that is a well - oiled robot maintaining itself in optimal biological , psychological
... 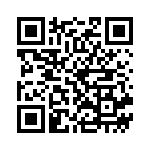