Page v
Aid given by Bradford and the plantation . Fells ' flight . Construction of pinnace and house at Manomet . Allerton sent to England for Kennebec patent . Letters from the Dutch plantation . Bradford's reply . Hiring of the trade .
Page 1
Anno Dom : 1627 · · A T the usuall season of the coming of ships Mr. Allerton returned , and brought some usfull goods with him , according to the order given him . For upon his commission he tooke up 200li . which he now gott at 30.
Page 9
The value placed upon each share is not given by Bradford , nor is the actual rate levied upon each share . If this rate was paid in corn it would only be natural to find it expressed in the market or official price of that product ...
Page 11
... streight1 of meadow grounds ; and if they had bene now given out , it would have hindred all addition to them afterwards ; but every season all were appoynted wher they should mowe , according to the proportion of catle they had .
Page 12
This pamphlet was issued in three editions , in the second of which the authority is given for calling the vessel the ' Sparrow - Hawk . ' Reference is made to an able and interesting ...
Next »

Page 339 - God to recompense tribulation to them that trouble you: and to you who are troubled rest with us, when the Lord Jesus shall be revealed from heaven with his mighty angels, in flaming fire, taking vengeance on them that know not God, and that obey not the gospel of our Lord Jesus Christ...
Appears in 1032 books from 1625-2008
Page 113 - Massachusetts ; and desirous to unite ourselves into one congregation or church under the Lord Jesus Christ, our Head, in such sort as becometh all those whom he hath redeemed and sanctified...
Appears in 109 books from 1826-2008
More
Page 348 - God, it seems, would have all men to behold and observe such mercies and works of his providence as these are towards his people, that they in like cases might be incouraged to depend upon God in their trials, & also blese his name when they see his goodnes towards others. Man lives not by bread only, Deut : 8.
Appears in 36 books from 1669-2007
Page 246 - It was a fearful sight to see them thus frying in the fire and the streams of blood quenching the same, and horrible was the stink and scent thereof; but the victory seemed a sweet sacrifice, and they gave the praise thereof to God, who had wrought so wonderfully for them, thus to enclose their enemies in their hands and give them so speedy a victory over so proud and insulting an enemy.
Appears in 123 books from 1669-2008
Page 325 - ... were glad to take such as they could; and so, many untoward servants, sundry of them proved, that were thus brought over, both men and women kind; who, when their times were expired, became families of themselves, which gave increase hereunto.
Appears in 39 books from 1856-2007
Page 315 - One witness shall not rise up against a man for any iniquity, or for any sin, in any sin that he sinneth: at the mouth of two witnesses, or at the mouth of three witnesses, shall the matter be established.
Appears in 335 books from 1804-2008
Page 91 - The persons thought on (who had been ministers in England) were demanded concerning their callings; they acknowledged ther was a towfould calling, the one an inward calling, when the Lord moved the...
Appears in 35 books from 1810-2007
Page 314 - And, ye fathers, provoke not your children to wrath: but bring them up in the nurture and admonition of the Lord.
Appears in 959 books from 1661-2008
Page 354 - But if six do not agree, that then such propositions, with their reasons, so far as they have been debated, be sent and referred to the four general courts, viz, the Massachusetts, Plymouth, Connecticut, and New Haven.
Appears in 41 books from 1792-2007
Page 396 - They had an other doughter, that was maried, came afterward. • 3 • Edward Fuller, and his wife, and Samuell, their sonne. John Turner, and • 2 • sones. He had a doughter came some years after to Salem, wher she is now living. • Francis Eaton, and Sarah, his wife, and Samuell, their sone, a yong child. Moyses Fletcher, John Goodman, Thomas Williams, Digerie Preist, Edmond Margeson, Peter Browne, Richard Britterige, Richard Clarke, Richard Gardenar, Gilbart Winslow.
Appears in 33 books from 1856-2007
Less 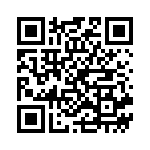