Page 44
Another English writer , Rhoda Power , who was there as a governess during the
First World War , wrote that it reminded her of a Cubist picture : “ It seemed to be
all higgledy - piggledy , a jumble of vivid colours , domes and oddly shaped ...
Page 98
His speech was extremely rapid , and everything else about him seemed rapid
and headlong . His features , too , were very mobile . ” He had made an
impression on her , and Solzhenitsyn , for his part , had noticed her too , though
he later ...
Page 606
At one stage Voronkov agreed to discuss Tvardovsky's proposal of publishing a
chapter from Cancer Ward in the Literaturnaya Gazeta , and seemed ready to
endorse a one - volume edition of Solzhenitsyn's already published stories with a
... 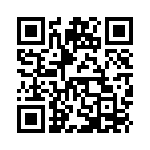