Page 77
In ghastly contrast below, a rainbow encodes depth. Although often found in
scientific publications, such a visually naive color-scale would be laughed right
out of the field (or ocean) of cartography. These aggressive colors, so unnatural
and ...
Page 79
Repetitions, elaborations, and contrasts advance the argument, as Gibbon
sardonically justifies writing an impartial, objective history of religion. Especially
effective is the second sentence, in which four parallel verbs {insinuated, grew,
derived ...
Page 141
At the right, in ghastly contrast, we have another confected photomontage made
up of human parts. This nightmare commenced soon after a design award was
given to four people, who were then to appear on the cover of a design annual.

An eye-opening read. As a linguistic who deals with databases, this book dramatically improved my writing and design of graphics for publication. Read full review

In "Visual Explanations," Tufte walks us through various case studies of visual explanations (charts, graphs, graphics, diagrams and maps). Some of the case studies are about great works, while others ... Read full review 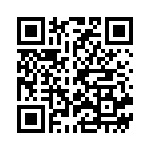