Jonathan D. Sarna is the Joseph H. and Belle R. Braun Professor of American Jewish History at Brandeis University. The author of numerous books and articles on the Jewish experience, Sarna's work includes The American Jewish Experience: A Reader (1986) and The Jews of Boston (1995), which he wrote with Ellen Smith.

David G. Dalin is a professor of history and politics at Ave Maria University. a. His work includes American Jews and the Separationist Faith: The New Debate on Religion in Public Life (1982) and From Marxism to Judaism: The Collected Essays of Will Herberg (1989). 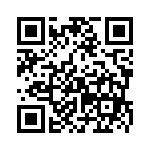