Philip Schwyzer is Lecturer in Renaissance Literature and Culture in the Department of English, University of Exeter. He is the author of Literature, Nationalism and Memory in Early Modern England and Wales (Cambridge, 2004) and co-editor of Archipelagic Identities: Literature and Identity in the Atlantic Archipelago, 1550-1800 (Ashgate, 2004). His essays on archaeology, literature, and national identity in the early modern period and later have appeared in various journals. 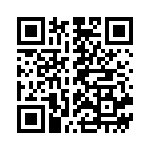