Page 39
Chapman occasionally draws a war picture which has the ring of first-hand
observation, such as ... (like a murdering piece, making lanes in armies, The first
man of a rank, the whole rank falling), and he drops so easily into soldiers'
language ...
Page 110
13 From bear-baiting, too, Shakespeare draws a number of pictures; this,
curiously enough, is unusual among the Elizabethan dramatists; indeed, in my
search I have not found a single bear-baiting image except in Shakespeare. His
most ...
Page 137
It is, of course, entirely unnecessary to draw on the evidence of the images to
prove that Shakespeare was interested in ... observation of children and child
nature from babyhood are remarkable, and the many pictures he draws of them
in his ... 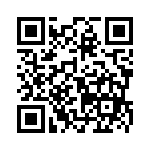