Ian Colford's first story was published in 1983 and he has subsequently had more than twenty pieces of fiction, reviews and essays published in a variety of periodicals. Travel to Greece, Portugal, Turkey and Italy have laid a foundation upon which much of his recent fiction is constructed. His work has won awards and has been nominated for the Journey Prize. He lives in Halifax and for the last twenty years has laboured at Dalhousie University. 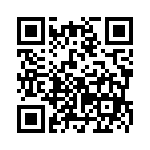