P. K. Page has written some of the best poems published in Canada over the last five decades. In addition to winning the Governor General's award for poetry in 1957, she was appointed a Companion of the Order of Canada in 1999. She is the author of more than a dozen books, including ten volumes of poetry, a novel, selected short stories, three books for children, and a memoir, entitled Brazilian Journal, based on her extended stay in Brazil with her late husband Arthur Irwin, who served as the Canadian Ambassador there from 1957 to 1959. A two-volume edition of Page's collected poems, The Hidden Room (Porcupine's Quill), was published in 1997.

In addition to writing, Page paints, under the name P. K. Irwin. She has mounted one-woman shows in Mexico and Canada. Her work has also been exhibited in various group shows, and is represented in the permanent collections of the National Gallery of Canada, the Art Gallery of Ontario, and the Victoria Art Gallery, among others.

P. K. Page was born in England and brought up on the Canadian prairies. She has lived in the Maritimes and in Montreal. After years abroad in Australia, Brazil and Mexico, she now makes her permanent home in Victoria, British Columbia. 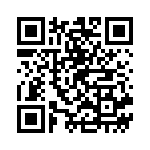