The United States government underwrote the rise of radical Islam, argues a frequent contributor to The Nation and The American Prospect. Any American who watches the news is familiar with the ... Read full review

An ambitious book that attempts to describe the contradictions of American policies towards far right islamist groups over the last 60 or so years. It is useful and at times insightful, but I found it ... Read full review

Robert Dreyfuss, who covers national security for Rolling Stone, has written extensively on Iraq and the war on terrorism for The Nation, The American Prospect, and Mother Jones. He is the author of Devil's Game: How the United States Helped Unleash Fundamentalist Islam. A frequent contributor to NPR, MSNBC, CNBC, and many other broadcast outlets, he lives in Alexandria, Virginia. 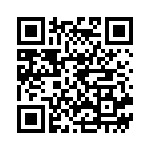