Haruo Shirane is Shincho Professor of Japanese Literature in the Department of East Asian Languages and Cultures at Columbia University. He is the author and editor of numerous books on Japanese literature, including Envisioning the Tale of Genji: Media, Gender, and Cultural Production; Early Modern Japanese Literature: An Anthology, 1600-1900; and Classical Japanese: A Grammar. 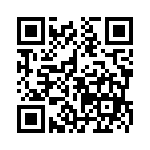