Try the new Google Books
Check out the new look and enjoy easier access to your favorite features
Try it now
Buy eBook - $7.99

C.W. Hunt, a former history teacher, business executive, and entrepreneur, retired from business to devote his energies to writing in 1996. He has written six books on the history of the Belleville area including Booze, Boats and Billions and Gentleman Charlie and the Lady Rum Runner. He lives in Belleville, Ontario. 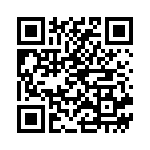