David Solway is the author of many books of poetry including the award-winning Modern Marriage, Bedrock, Chess Pieces, Saracen Island: The Poetry of Andreas Karavis and The Lover's Progress: Poems after William Hogarth, the latter illustrated by Marion Wagschal and adapted for the stage by Curtain Razors. His work has been anthologized in The Penguin Book of Canadian Verse, McClelland and Stewart's New Canadian Poetry, Border Lines: Contemporary Poetry in English f 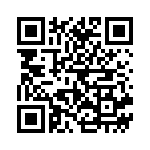