Read for class. This is utterly terrifying and damning. These slums are the exemplification of hell. I have seen some of these slums myself, and can confirm, if only to a minor degree, some of the ... Read full review

I'm not going to lie: this is dry. Really, really dry. I like dry, as a general rule, or at least it doesn't bother me - but this? Man. Maybe it's because the things he covers are so wrenchingly ... Read full review

Mike Davis is the author of several books including Planet of Slums, City of Quartz, Ecology of Fear, Late Victorian Holocausts, and Magical Urbanism. He was recently awarded a MacArthur Fellowship. He lives in Papa'aloa, Hawaii. 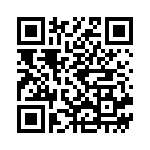