Canadian writer and editor, John Metcalf was born in Carlisle, England on November 12, 1938. He attended the University of Bristol and moved to Canada in 1962. In addition to writing on his own, he is the Senior Editor of the Porcupine's Quill of Erin, Ontario and editor of Canadian Notes and Queries. Some of his works include The Lady Who Sold Furniture, Adult Entertainment, Kicking Against the Pricks, and Acts of Kindness and of Love. His memoir An Aesthetic Underground was published in 2003. He has won the Canadian Fiction Magazine's Contributor's Prize and the Periodical Distributor's Association Prize.

Claire Wilkshire teaches English at Memorial University in St. John's. She was a founding member of the fiction collective The Burning Rock and her stories are represented along with Lisa Moore's, Michael Winter's, and Ramona Dearing's in the Burning Rock anthologies Hearts Larry Broke and Extremities. 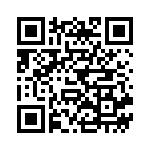