Original novel based on the first Star Wars film, my edition is the 1976 first printing, released about 6 months before the film. Includes scenes that were deleted from the film such as the Jabba the ... Read full review

It's based off the original Star Wars script rather than the finished film, which explains all the inconsistencies between it and the movie we all know and love, and was ghost-written by Alan Dean ... Read full review

As a graduate of the prestigious Cinema Studies program of the University of Southern California, George Lucas represents the movie-educated generation of American filmmakers, which emerged in the 1970's, including Francis Ford Coppola, Steven Spielberg, Martin Scorsese, and Brian DePalma. Lucas's award-winning 20-minute student science fiction film, "THX-1138," and a student fellowship to work with Coppola, launched a career of unprecedented financial success. Backed by Coppola, he made a feature-length version of "THX-1138" (1971), then gained wide recognition with the release of "American Graffiti" (1973), a look at high school in 1962 whose rock-and-roll soundtrack set off a wave of 1950's nostalgia. Made for $750,000, "American Graffiti" grossed nearly $50 million. However, Lucas's next feature dwarfed this success. "Star Wars" (1977) broke all box-office records and defined the basic terms of Lucas's legacy: spectacular technical effects and a comic-book sense of adventure. With the profits from Star Wars and the massive merchandising campaign around it, Lucas built Skywalker Ranch in Marin County, California, home to Industrial Light and Magic, the premier special-effects laboratory in the world. Lucas wrote the scenarios for the "Star Wars" sequels, "The Empire Strikes Back" (1980) and "Return of the Jedi" (1983), and later for the "Indiana Jones" films, but he handed over directing to others, as he had sworn he would after completing Star Wars. In renouncing the director's role, the ultimate gesture of the anti-auteurauteur, Lucas exemplifies Hollywood since the late 1970's, which has focused on high-concept formulas with pyrotechnic displays of special effects, a sure-fire recipe for commercial success. 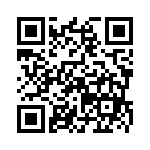