Born in Vienna (Austria). Helga Nowotny has been Professor of Social Studies of Science at ETH Zurich and Director of Collegium Helveticum until 2002. She has been Founding Director of “Society in Science:The Branco Weiss Fellowship” based at ETH Zurich. Currently she is Chair of EURAB, the European Research Advisory Board of the European Commission and member of the Scientific Council of the proposed ERC. She is a Fellow of the Science Center Vienna (WZW). She has a doctorate in law from the University of Vienna and a Ph.D. in sociology from Columbia University, New York. She has held teaching and research positions in Vienna, Cambridge, Bielefeld, Berlin and Paris and has been a Fellow at the Wissenschaftskolleg zu Berlin. From 1974-1986 she has been Executive and Founding Director of the European Center in Vienna and for seven years Chairperson of the Standing Committee for the Social Sciences of the European Science Foundation. From 1987 she was Professor of Social Studies of Science at the University of Vienna and Permanent Fellow of Collegium Budapest/Institute for Advanced Study before moving to ETH Zurich. Helga Nowotny is a member of the Scientific or Advisory Board of many scientific and policy-oriented institutions in Europe and Member of the Academia Europaea. She was awarded the Bernal Prize 2003 by the Society for Social Studies of Science, and is prizewinner of the “Arthur Burkhardt Preis für Wissenschaftsförderung 2002. She has authored, co-authored or edited more than 25 books and published widely on topics of societal development, social studies of science and technology and on the relationship between science and society.

Trow was born in New York on June 21, 1926, and attended primary and secondary schools in New York City. He served in the U.S. Navy for three years, separating with officer rank, before matriculating at the Stevens Institute of Technology in 1947. He practiced briefly as a mechanical engineer before entering Columbia University as a graduate student in sociology in 1948. 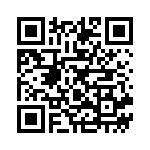