Page 96
The latest incarnations of that paternalistic ideology, revamped to suit the rhetoric
of political independence, was the U.S. Peace Corps, the French Cooperation
and the British Volunteer Service Overseas. According to Albert Schweitzer, the ...
Page 156
Unfortunately, these eminently prudent considerations were foiled by the
democratically elected British Parliament. By 1968, the denial of work permits
and trading licences to Asians with British passports was creating an exodus to
Britain that ...
Page 294
214, 220 Bridewealth, 50, 68, 71 British, see Great Britain British Colonial Office,
148, 152 British Columbia, 209, 211. 212 British Commonwealth, 167, 208 British
North America Act, 207 British Parliament, 156 Brittany, 81 Brown vs the Board ...

PIERRE L. VAN DEN BERGHE is the recipient of the Spivak Award from the American Sociological Association for "sustained scholarly contributions throughout his career. 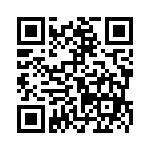