Women Heroes of World War II was a very informative and interesting book. I've read a lot of books about the holocaust victims of world war II but this is the first book I've read about the women ... Read full review

I love it! For all ages!

This book is for people of all ages. It features 26 courageous women who fought Hitler during WWII. A few of those include Corrie ten Boom, Irena Sendler, Irene Gut, and Diet Eman (A Dutch Christian ... Read full review

Kathryn J. Atwood is an educator and writer. She has contributed to War, Literature, and the Arts, PopMatters.com, Midwest Book Review, and Women's Independent Press. 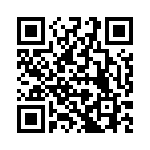