Daniel H. Frank is Professor of Philosophy and Director of the Judaic Studies Program at the University of Kentucky. Among recent publications are History of Jewish Philosophy (edited with Oliver Leaman, 1997), The Jewish Philosophy Reader (edited with Oliver Leaman and Charles Manekin, 2000), and revised editions of two Jewish philosophical classics, Maimonides Guide of the Perplexed (1995) and Saadya Gaon Book of Doctrines and Beliefs (2002). 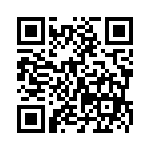