Page 103
Printed in India Vendian-Lower Cambrian desiccation along the Southern Margin
of the Proto-Tethys N. S. VIRDI Wadia Institute of Himalayan Geology, Dehra Dun
-248001, India Abstract: Widespread salt and evaporite bearing lithologies ...
Page 111
Thus we have evaporites in Arabia, Iran, Salt Range and Nagaur-Bikaner basin (
Fig. 4a), (Sinha et al., 1973; Shah, 1977, Gorin et al., 1982; Stocklin, 1986). By
the beginning of Phanerozoic (Fig. 5 c, d), the continents were positioned
between ...
Page 112
6) controlled the distribution of evaporites in the East European platform, Iran,
Arabian shield and the Indian subcontinent. This feature was active for a long
time during the evolutionary history of southern margin of the Tethys (Boulin,
1981). 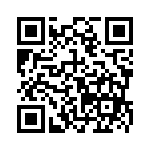