Mark Curfoot-Mollington was born in Toronto and graduated from Trinity College at the University of Toronto and Carleton University in Ottawa. He is a widower living in Italy and frequently back in Ottawa. 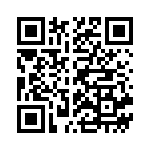