William Shakespeare was born in Stratford-upon-Avon in 1564. In London, Shakespeare became the principal playwright and shareholder of the successful acting troupe the Lord Chamberlin's men (later, under James I, called the King's men) which built and occupied the Globe theater. In 1616, he died in Stratford after having written 37 plays, sonnets, and other poetry which would become crucial to the cannon of English literature. 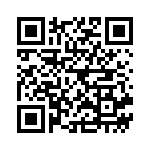