I give this 4 stars because the author had to sue Nixon to get these tapes. Professor Kutler, and the advocacy group Public Citizen, took the suit all the way to the Supreme Court. Kutler was already ... Read full review

Nixon: "I can't believe that they can tie [Watergate] to me. What's your feeling?" H.R. Haldeman: "It'll be messy." Right. Twenty-five years after the existence of Nixon's secret White House tape ... Read full review

Stanley I. Kutler is the E. Gordon Fox Professor of American Institutions at the University of Wisconsin. He is the author of The Wars of Watergate: The Last Crisis of Richard Nixon, the editor of The Encyclopedia of Twentieth Century American History, the historical advisor for the Emmy-winning television documentary Watergate, and the founding editor of Reviews in American History. 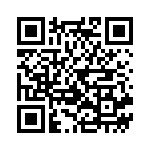