for further information please visit http://www.lombokholidaytour.com/
Lombok Island has thousands of kilometers of beaches, and millions of square kilometers of water, making it a paradise for water sport enthusiasts of all the time. Pounding surf, still blue seas, unspoiled coral reefs, and deserted, unexplored islands create a superb environment for surfing, swimming, scuba diving, or just relaxing on the beach.
Lombok is still undiscovered paradise with lust tropical. Which will attract every heart with fascination. Some describe the island as only holiday resort where visitors may relax and recover. Plenty of glistening white sandy beaches are found on almost all of the entire island boundaries, but this is not all offer, the smaller island to the north namely Gili Air, Gili Meno, Gili Trawangan and to the southwest is Gili Nanggu, Gili Gede, Gili Genting and many others only some of which are inhabited, provide a tropical island holiday featuring sun, sand, sea marine beauty. Swimming, snorkeling, and diving would be the best, or fishing? You just get the idea and all requirements are available.
The people of Lombok called Sasak, comprising 90 percent of the 3 million inhabitants of the island. Moslem is the dominant religion. The Balinese with their Hind, faith are mostly centred in the western part, therefore temples and shrines are available and the Balinese way of living prevails.
Lombok has successfully intensified its nice production, the introduction of “ dry rice “ cultivation or in Indonesia Bumi Gora Rancah ( Bumi Gora ). And most tropical fruits, which are freshened tasty, such as various kind, papaya, pineapple, banana and many others are grown and easily found in the island’s local market.
Rinjani Mountain, the third peak in Indonesia, with its Crater Lake Segara Anak provides an everlasting mountain attraction. The locals of Lombok frequently make rituals visit to Rinjani as it’s considered one of their sacred places. Segara Anak’s hot spring, the steamy Gua Susu, and Pancuran Emas” the golden fountain “ are some of the main spots where the locals perform their rituals. For mountain lovers, Rinjani is one of Lombok’s most beautiful sites.
The activities for tourists are also available on the island such as joining our daily tours, diving, surfing, water sports, rental cars, bikes, trekking to Mount Rinjani Trekking, and Mount Kelimutu. New Destinations to other islands ( Komodo Island, Flores island, Kelimutu, ) could be an interesting choice for those adventurous souls among you who prefer to mix the great outdoors with a little pampering. If you still have any other inquiries, please do not hesitate to discuss with us and therefore we could offer you optional solutions at the end.
NUSA TENGGARA
which comprise the island of Lombok, Sumbawa and hundreds smaller ones, is another destination of unspoilt paradise in Indonesia Lombok, the Island of virginity and natural beauty, accessible within 20 minutes flight from the International Gateway Ngurh Rai Airport of Bali or 2.50 Hours sailing by high speed passenger ferry from Benoa Harbour of Bali, and Sumbawa Island lies just across the Alas strait and is clear viewed from most of the eastern part of Lombok.
These island, Lombok and Sumbawa are little known in comparison with endless attraction of Bali the island of Gods. However, smart traveler have started turning their eyes glancing eastwards and surely there, awaits a pierce of Eden with its overwhelming charms and beauty. Simplicity and gentleness expresses among the warm and friendly smiles of the local : make for a hospitality and relaxing visit.
The appearance of these is striking. The entire surface is covered with rich fertile soils and elaborate system of irrigation is carried out from island to island. The province is home to some 4,3 million people , most are farmers cultivating rice and lots of vegetative plantation. The inhabitants are predominantly Moslem people, other who are adhere to Hindu faith live mostly in the western part of Lombok, and the

Lesley Reader is the coauthor of several Rough Guides, inlcuding The Rough Guide to Bali and Lombok. 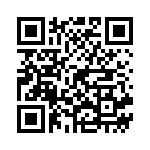