FOR THIS LAND: Writings on Religion in America

For this land: writings on religion in America

Deloria, who is a Sioux, has been a major figure in Native American affairs for several decades and is perhaps best known for his political activism. He has also written widely on religion and Native ... Read full review

Vine Deloria, Jr., a member of the Standing Rock Sioux Tribe of North Dakota and former director of the National Congress of American Indians, is Professor of History at the University of Colorado. He is the author of numerous books, including Red Earth, White Lies (1995), God is Red (1973), and Custer Died for your Sins (1969).James Treatteaches in the Honors College at the University of Oklahoma. He edited Native and Christian: Indigenous Voices on Religious Identity in the United States and Canada , also published by Routledge. 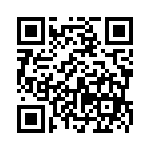