David Leeming is Professor Emeritus of English and Comparative Literature at the University of Connecticut, Storrs.

Jake Page was born in Boston, Massachusetts on January 24, 1936. He received a bachelor's degree from Princeton University in 1958 and a master's degree from the Graduate Institute of Book Publishing at New York University in 1960. He worked for Doubleday as an editor of Anchor Books. In 1962, he was put in charge of Natural History Press, which also gave him responsibility for Natural History magazine. He eventually took the job of science content editor for Smithsonian magazine. He also wrote a monthly science column for the magazine entitled Phenomena, Comment and Notes. His columns for Smithsonian and Science were collected in Pastorale: A Natural History of Sorts and Songs to Birds. He wrote dozens of books on the wonders of science including earthquakes, dinosaurs, arctic exploration, zoos, and the languages of cats and dogs. He then turned his attention to the Indians of the American Southwest. He retired from Smithsonian magazine in the late 1970s to help photographer Susanne Anderson on a book documenting the Hopi tribe. Hopi was published in 1982 and followed by Navajo in 1995. His other books include Lords of the Air: The Smithsonian Book of Birds written with Eugene S. Morton, The Big One: The Earthquake That Rocked Early America and Helped Create a Science written with Charles B. Officer, The First Americans: In Pursuit of Archaeology's Greatest Mystery written with J. M. Adovasio, In the Hands of the Great Spirit: The 20,000-Year History of American Indians, and Uprising: The Pueblo Indians and the First American War for Religious Freedom. He also wrote five mystery novels including The Stolen Gods and The Lethal Partner. He died from vascular disease on February 10, 2016 at the age of 80. 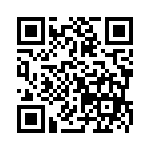