1941: The Year that Keeps Returning

A chilling personal account of the deep-seated terror and ethnic violence underpinning the puppet state of Croatia during World War II.In a memoir that came to light thanks to the attention of ... Read full review

Award-winning publisher, editor, and author Slavko Goldstein was born in 1928 in Sarajevo, Bosnia and Hercegovina, and grew up in Karlovac, Croatia. During the Holocaust, he lost his father and most of the members of his father's and mother's families. His mother saved him and his brother Danko by joining the Partisans in 1942, in which he served until 1945, achieving the rank of lieutenant at the age of seventeen and becoming one of the youngest officers in the Partisan army. After the war, he worked as a journalist and editor for several leading Croatian newspapers and as a scriptwriter for feature and documentary films. As the director of University Publisher Liber Zageb and then as the publisher and editor of Novi Liber for more than forty years, he has been responsible for the publication of  many important works of Yugoslav and Croatian literature and on Croatian social life. He was president of the Jewish Community of Zagreb from 1986-1990 and the founder and president of the first non-communist political party in Croatia from 1989-1990. From 2001 to 2005 he was the president of the Council of the Jasenovac Memorial Center. He has been awarded about twenty prizes for his journalistic, film, and editorial work. The Croatian edition of his latest book, 1941: The Year that Keeps Returning, won four different prizes as the best publication in Croatia in 2007, and the Krunoslav Sukić Award as the book of the decade in the field of nonviolence, human rights, and civil society.

Charles Simic is a poet, essayist, and translator. He has published some twenty collections of poetry, six books of essays, a memoir, and numerous translations. He is the recipient of many awards, including the Pulitzer Prize, the Griffin Prize, and a MacArthur Fellowship. Simic’s recent works include Voice at 3 a.m., a selection of later and new poems; Master of Disguises, new poems; and Confessions of a Poet Laureate, a collection of short essays that was published by New York Review Books as an e-book original. In 2007 Simic was appointed the fifteenth Poet Laureate Consultant in Poetry to the Library of Congress. His book Dime-Store Alchemy: The Art of Joseph Cornell was published by New York Review Books in 2011.

Michael Gable was born in Barberton, Ohio in 1952.  After serving in the US Navy, he graduated from the School of International Service of The American University in Washington, D.C. in 1979. He worked for US government and international humanitarian agencies in the countries of the former Yugoslavia between 1987 and 2005. He now resides in Zagreb, Croatia. 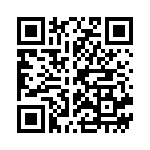