Milovan Djilas is known as an author of political writings about his experiences as a young communist before and during World War II, as a high functionary after the war, and, finally, as a renegade. His initial ambition, however, was to be a fiction writer, but because of the vicissitudes of his life, he has been able to fulfill that ambition only partly---the few short stories and three volumes of his autobiography, however, reveal all his artistic potential. Ironically, even those few works have been published only in translation into other languages, because he is not allowed to publish in Yugoslavia. In all his works, Djilas cannot get away from his basically political nature, seeing and interpreting everything through the Marxist prism. He has also written a perceptive book on Petar Petrovic Njegos. 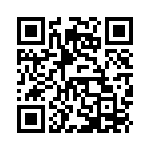