Try the new Google Books
Check out the new look and enjoy easier access to your favorite features
Try it now
Buy eBook - $9.99

THE SHAPE OF THINGS TO COME: Prophecy and the American Voice

Prophets are among us, declares Marcus (Like a Rolling Stone, 2005, etc.): singing and making films, writing novels and poetry. But we rarely listen to them until it's too late.The noted cultural ... Read full review

At first blush, pop Zarathustra Greil Marcus's latest book, The Shape of Things to Come, looks like something cooked up by a Sarah Lawrence undergrad in an end-of-term panic. According to Marcus ... Read full review

Greil Marcus is the author of nine previous books, including The Old, Weird America and Like a Rolling Stone. He lives in Berkeley, California. 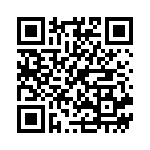