Linda Goyette is a writer, editor, and award-winning journalist. After working for Canadian daily newspapers for twenty years, she published seven books on oral history, contemporary storytelling, and human rights. She divides her time between Alberta and Ontario. Carolina Jakeway Roemmich is a researcher based in Edmonton. She is a graduate of the University of Alberta. 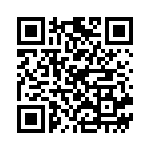