Mike Filey has written nearly two dozen books on various facets of Toronto's past, including A Toronto Album and Toronto: The Way We Were, which received a 2009 Heritage Toronto Award of Merit. For more than thirty-five years he has contributed a popular column, "The Way We Were," to the Toronto Sunday Sun, and co-hosts "Mike Filey's Toronto" on AM 740 radio. He lives in Toronto. 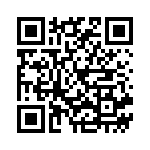