This book follows a chronology of the Middle East that begins in 1882 and ends in 1988. It could be seen as a love story, a biography about a region Friedman knows intimately and loves dearly despite ... Read full review

I abandoned this book back in April 2011...I made it to the part where he goes to Jerusalem (took me two weeks to get that far) and then I'm guessing I found more interesting books to read. While I do want to finish one day, it's time (Jan 2012) to remove it from my currently reading shelf. Read full review

Journalist Thomas L. Friedman was born in 1953 in Minneapolis, Minnesota. Friedman graduated from Brandeis University with a degree in Mediterranean Studies and earned a graduate degree from Oxford in Modern Middle East Studies. His reporting on the war in Lebanon won the George Polk Award, the Pulitzer Prize, and the Livingston Award for Young Journalists. He won a second Pulitzer for his work in Israel. Friedman began his career as a correspondent for United Press International and later served as bureau chief for the New York Times in Beirut and Jerusalem. He moved to the op-ed page of The New York Times as a foreign affairs columnist. In 2002, Friedman won his third Pulitzer Prize, this time for Commentary. Friedman wrote about his experiences as a Jewish-American reporter in the Middle East in From Beirut to Jerusalem, which won the National Book Award in 1989. The bestselling Lexus and the Olive Tree won the 2000 Overseas Press Club Award for best nonfiction book on foreign policy. He wrote Longitudes and Attitudes: Exploring the World After September 11 and The World Is Flat, which received the first Financial Times and Goldman Sachs Business Book of the Year Award. His other works include Hot, Flat, and Crowded, Hot, Flat, and Crowded 2.0, and That Used to Be Us which made The New York Times Best Seller List for 2012. 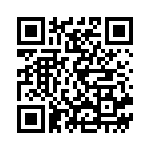