A perfectly riveting novel, in clean and clear, involving write-speak, about an extended family in Regina, Saskatchewan, widely circa the first world war.
Perfect title: the horrific title event, Regina's devastating tornado of 1912, is what haphazardly brings these characters together, as mother Agnes Jackson, possibly the most morally complex heroine I've ever adored, just takes in some strays from the storm, working immigrants left homeless in the devastation, and they just don't leave. Agnes finds that she doesn't wish them to, and now she's a boarding house lady, keeping as firm an eye on these young men as she keeps on her exasperating daughters.
Agnes has one weird marriage of her own, though, as we steadily find out, and a hostile eldest son whose coldness she'll only endure, so far.
The war, which so utterly changes these people, the men who go and the people at home, throws this novel into horror land. Some of Julia's descriptions of the trenches made me stop reading, unable to take too much. This lady doesn't play it safe -- capturing the genteel mood of a century ago doesn't mean we aren't going to get its full nasty half.
I won't say who's death in the war really made me weep. Without saying.
I love how we don't know what exactly Agnes is up to at the end, off to look after Edward or a new life entirely. I'd rather just wonder than know, at least until Julia's next book.
I'm going to find "Cyclone" for my Saskatchewan parents, both in their 80s. Mom likes thrillers and Dad likes westerns, but I've got a feeling they'll love this epic about the generation just before them. 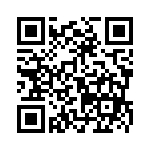