Page 17
All night long , people talked themselves hoarse at meetings , argued , wandering sleeplessly about the streets , sitting in the squares or squatting on the pavements . Strangers , thrown together at a meeting , immediately became ...
Page 41
... you shake a barrel of standing water , and all the grains of sand , leaves , twigs , beetles and grubs swim up and rush round and round on the eddy , meeting and colliding , until once again they sink and settle down on the bottom .
Page 66
There was one meeting of TZIK at which the deepest silence reigned . It was during the week of the murder of Count Mirbach , the German Ambassador . Ostensibly for the protection of its Embassy , the German government had sent an ... 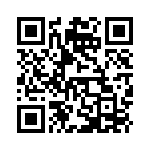