Fascinating, thoroughly entertaining and vastly informative. Drawing on his highly developed artistic skills Benson Lossing drew the faces of the people he interviewed who had participated in the Revolution, including some who had carried out the Boston Tea Party. He drew the fields and woods where battles had taken place and recorded the statements of veterans who had fought those battles, as well as their elderly but remarkable faces and pungent quotes, like, "The only music fit for a man is the sound of the fife and drum." There are some ironies, too, like the author standing at Charleston Harbor in 1850 and commenting on how poorly the shore batteries were situated, since they aimed at Fort Sumter instead of fanning out to defend against possible enemy ships. He was standing on the cusp of the Civil War, but his Revolutionary War mind set blinded him as to the reason why those guns had Sumter in their sights.
This work was compiled before photography was cheap enough for mass market publication, but Lossing captures the faces of these bygone Americans with detail that would please Andrew Wyteth.

Page 502 - Besides, sir, we have no election. If we were base enough to desire it, it is now too late to retire from the contest. There is no retreat, but in submission and slavery. Our chains are forged, their clanking may be heard on the plains of Boston. The war is inevitable; and let it come ! I repeat it, sir, let it come ! It is in vain, sir, to extenuate the matter. Gentlemen may cry Peace, peace!
Appears in 861 books from 1801-2008
Page 503 - Our brethren are already in the field! Why stand we here idle? What is it that gentlemen wish? What would they have? Is life so dear, or peace so sweet, as to be purchased at the price of chains and slavery? Forbid it, Almighty God! I know not what course others may take, but as for me, give me liberty or give me death!
Appears in 736 books from 1801-2008
More
Page 278 - Representative Houses repeatedly, for opposing with manly firmness his invasions on the rights of the people. He has refused for a long time, after such dissolutions to cause others to be elected ; whereby the Legislative Powers, incapable of Annihilation, have returned to the People at large for their exercise ; the State remaining in the mean time exposed to all the dangers of invasion from without, and convulsions within.
Appears in 958 books from 1801-2008
Page 279 - For cutting off our Trade with all parts of the world; For imposing Taxes on us without our Consent; For depriving us in many cases of the benefits of Trial by Jury; For transporting us beyond Seas to be tried for pretended offenses...
Appears in 512 books from 1804-2008
Page 502 - Ask yourselves how this gracious reception of our petition comports with those warlike preparations which cover our waters and darken our land. Are fleets and armies necessary to a work of love and reconciliation? Have we shown ourselves so unwilling to be reconciled that force must be called in to win back our love?
Appears in 527 books from 1801-2008
Page 314 - There runs not a drop of my blood in the veins of any living creature. This called on me for revenge. I have sought it; I have killed many; I have fully glutted my vengeance. For my country, I rejoice at the beams of peace; but do not harbor a thought that mine is the joy of fear.
Appears in 812 books from 1780-2008
Page 285 - NEW JERSEY Richard Stockton John Witherspoon Francis Hopkinson John Hart Abraham Clark PENNSYLVANIA Robert Morris Benjamin Rush Benjamin...
Appears in 647 books from 1783-2008
Page 276 - That it be recommended to the respective assemblies and conventions of the United Colonies where no government sufficient to the exigencies of their affairs, has been hitherto established, to adopt such government as shall in the opinion of the representatives of the people, best conduce to the happiness and safety of their constituents in particular, and America In general.
Appears in 630 books from 1800-2008
Page 548 - HERE WAS BURIED THOMAS JEFFERSON AUTHOR OF THE DECLARATION OF AMERICAN INDEPENDENCE, OF THE STATUTE OF VIRGINIA FOR RELIGIOUS FREEDOM, AND FATHER OF THE UNIVERSITY OF VIRGINIA: because by these, as testimonials that I have lived, I wish most to be remembered.
Appears in 841 books from 1780-2008
Page 105 - I am much at a loss to conceive what part of my conduct could have given encouragement to an address which to me seems big with the greatest mischiefs that can befall my country. If I am not deceived in the knowledge of myself, you could not have found a person to whom your schemes are more disagreeable.
Appears in 239 books from 1835-2008
Less 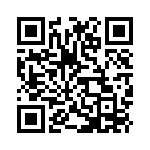