Born in 1926 on a farm near Stratford, Ontario, James (Jamie) Crerar Reaney was the only child of James Nesbitt Reaney and Elizabeth (née Crerar) Reaney. His mother's ancestors were Highland Scots; his father's were from Ulster. Once in Ontario, the families were variously Presbyterians, Plymouth Brethren, and Independent Gospel Hallers. Reaney's father suffered from bouts of poor physical and mental health; years later, Reaney recalled how he `let me moon about the house, read books and practise music'. Reaney went to a one-room school in Elmhurst, Stratford Collegiate and Vocational Institute, and University College at the University of Toronto, achieving some freedom from his evangelical upbringing and receiving a B.A. in 1948, then an M.A. the following year. While in Toronto, he gained notoriety for his short story `The Box-Social', in particular for its image of an aborted fetus. (Though as a student he published several stories in a rural or small-town Gothic vein, these wouldn't be gathered into a book until 1996). Also in 1949, at the young age of 23, he won the first of his three Governor General's Awards, for his first poetry collection, The Red Heart, and began to teach English at the University of Manitoba. Two years later he married Colleen Thibaudeau, a former classmate and another poet, who would go on to publish memorable, innovative poetry collections such as The Martha Landscapes and The Artemesia Book. Their two sons, James Stewart and John, were born in 1952 and '54. During his eleven years based in Manitoba, Reaney took a leave of absence to do a Ph.D. back at the University of Toronto, completing a dissertation, `The Influence of Spenser on Yeats'. While in Toronto, he finished his satirical and lyrical tour-de-force A Suit of Nettles. His and Colleen's daughter, Susan, was born in 1959, the year before the family moved back permanently to Ontario.

In the fall he started teaching at the University of Western Ontario -- where he remained until his retirement in 1989 -- Reaney published the first issue of his magazine Alphabet: A Semi-Annual Devoted to the Iconography of the Imagination. As an editor he published poets such as Jay Macpherson, Al Purdy, Milton Acorn, Margaret Atwood, and bpNichol. For its eleven-year duration, in its focus on the mythological aspects of literature, the magazine showed the powerful influence of Reaney's teacher and mentor Northrop Frye. Through his teaching career Reaney was also dedicated to the culture and geography of his native region, devising courses such as `An ABC to Ontario Literature and Culture'. By the early 1960s Reaney was becoming recognized as a librettist (for Night-Blooming Cereus, a John Beckwith opera performed on the CBC in 1959) and a playwright, author of The Killdeer, One-Man Masque, and The Sun and the Moon. Tragedy struck the family in 1966 when Reaney's son John died of meningitis at age 12. 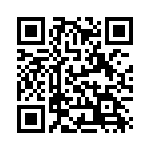