Born in Vermont and educated at Dartmouth College, GEORGE PERKINS MARSH (1801 - 1882) was a lawyer, politician, and linguist. He wrote an important work on the origins of the English language and was widely recognized as the greatest Scandinavian scholar in North America. Representing Vermont in the US Congress, he served on the committee that organized the Smithsonian Institution and made substantial donations to its holdings throughout his life. He served as US Minister to Turkey, and later as the first US Minister to Italy, a post he held for the last 21 years of his life.

STEPHEN C. TROMBULAK, Professor of Biology and Environmental Studies at Middlebury College, is coauthor of The Story of Vermont (1999) and coeditor of The Future of the Northern Forest (1994). He is a member of the Board of Editors for Northeastern Naturalist and of the Board of Directors for Vermont Family Forests. 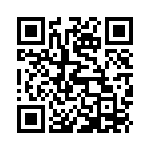