Thomas Gerry launched a successful career as a Professor of English at Laurentian University in 1988. Currently, Gerry sits on the advisory board for Studies in Canadian Literature, reviews books for scholarly journals and has published numerous poems and articles - and even several music recordings. His fascination with interdisciplinary topics has led him to research the works of Anna Jameson, Elizabeth Simcoe, Joni Mitchell, David Milne and others who write as well as create visual art. He has produced several articles on the subject, including one about Reaney, which is the genesis of The Emblems of James Reaney. Gerry continues to teach courses in Canadian thought and culture, literary and critical theory, and English literature at Laurentian University.

Upcoming projects include further studies of text and images by Anna Jameson and Elizabeth Simcoe, as well as a forthcoming book by Mercedes Luanco entitled Una Experiencia Sorprendente: Aprendiendo a Pintar / The Story of an Encounter: Painting My New Way that he edited and co-translated with Jorge Virchez for Scrivener Press. 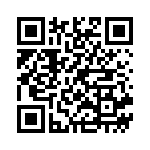