Born in a fishing village in Japan, Misuzu Kaneko (1903-1930) was an observant, thoughtful child who asked lots of questions: “What does it feel like to be snow?....Where do stars go in the daytime ... Read full review

Misuzu Kaneko, who in the 1920s was a well-known author of poetry for children, almost faded into obscurity after her early death at the age of twenty-six only to have her work rediscovered in 1982 ... Read full review

David Jacobson has a BA in East Asian Studies from Yale University and an MBA from NYU. In 1984-5 he attended the Inter-University Center for the Study of the Japanese Language (the "Stanford Center"). From 1987-9 he received a Mombusho scholarship to study at Hitotsubashi University. His news articles and TV scripts have been published widely in print, online, and broadcast media in the US and Japan, appearing in the Associated Press, The Washington Post, The Seattle Times, The Japan Times, and on NHK and CNN. He lives in Seattle, Washington.

Sally Ito holds a BFA in Creative Writing from the University of British Columbia and an MA in English from the University of Alberta. She received a Mombusho scholarship to study at Waseda University, where she worked on literary translations of modern and contemporary Japanese poetry. She has taught writing at several universities and has reviewed children's books for the Paper Tigers blog. She is the author of several volumes of poetry, including Alert to Glory, and her 1998 story collection Floating Shore won the Writers Guild of AB Book Award. She lives in Calgary, Canada.

Teru Kaneko was born in 1903 in Senzaki, Japan. She rose to fame as a celebrated author of children’s poems under her pen name Misuzu. After her death, her poems fell into obscurity for decades, until the 1970s when Setsuo Yazaki discovered and published her full body of work in Japanese. This is the first English-language biography and collection of her poetry to be distributed in English. 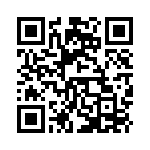