GENOCIDE PROYEC https://docs.google.com/open?id=0B7rdd1w6dkcSamZTX1ZNWWZmVkk
Different agencies who perform these activities from satellites in some Latin American countries:
A
* AGENCIES - SNIPER ELITE - SEAL USA ARMY - eliax - Suizan AGENCIES - GERMANY agencys.
A
Juan Carlos Vallejos
A
04144229169 -0414-585-00-44- 0414-4066852
A
Brain Brainwashing Nano Washing with Computers.
A
Brainwashing subjects of studies of the human race this is done searing memory processing areas in the hypothalamus, these dying cells stop producing the electrochemical reactions that cause the individual remember to treat the evidence no sen these agencies noted or visible downloaders in nano voltaic cell bodies imitating duplication process and growth of nerve cells, the time when performing these types of duplication are nano seconds, while trying to remember the individual any event, with nano computers, disconnections occur between different areas of the brain and hypothalamus, treating the subject performing the processes of hearing, speech, sensation, vision, perception does not remember what happens or happened in time which is in courts.
Example 1: When disconnecting the processing centers of vision and connections with the hypothalamus and optic nerves the person could fail to perceive images and stimuli of different areas in the brain remembering that areas in the brain even when you are not normally would process visual stimuli, process information such as the psyche and the brain to bring information to the scepters that makes the individual recognize the images. Various studies have shown that the processing centers atmosphere activities take information but generally the brain processes the information to then be understood.
Example 2: to communicate with the people around us, the hypothalamus and various brain regions electrochemical reactions to produce speech, some agencies treat this process is not carried out, among the techniques used, found, burns to the processing center stimulus that occurs in the process of speaking, suppose you are going to say the words "I are burning the brain" and any intelligence agency wants not hear this kind of talk, in fractions of nanoseconds, cauterized the areas where discharges occur nanovoltaicas that would make people talk and say such words, this happens at the speed of light, to say the words (I - are-burned - on ....), the agency cauterized areas making a word than such as nerve cells that produce this type of electrochemical downloads do not exist. Sometime could cauterize any area where the electrochemical reactions occur and specific words nanovoltaicas downloads large number of dying cells in different areas so the word did not think the subject says or when trying to speak different interruption occurs which other cells or other areas of the brain trying to send voltaic nano downloads as a mechanism for the individual to speak. It also happens that these agencies produce electrochemical discharges and lullabies voltaic cells to grow so that the subject can do the activities that comprise the complexities of communication, vision, hearing.
Example 3: to produce genetic damage and treat the individual does not remember any specific situation, cauterized to cells at birth or duplicated the cell is not the same length in the DNA molecule, you could ask what is the relationship between DNA length and memories, all stimulus produces changes in the DNA molecule, which make these occur, stimuli based on environmental stimuli around us, this process is called, molecular-genetic memory, that would to distinguish it from the memory which is described in literature (neuro psychiatry), nerve cells, whose reactions, changes in shape acting on the internal organs of nerve cells, synaptic processes, the number of molecules emerge in the reactions of each synapse (by stimuli of environment) and each nerve cell connections, so that the subject can remember every change that has occurred both in the 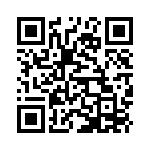