Page 68
Li , B , Cr , Ni , As , Cu , Zn , Co and Sb have high values as compared to the
Early to Middle Cambrian black shale of Katarigali formation . Other elements like
Ba , V , Zr , Ce , Pb , Y , Mo , La , W , and Sr have unusual high concentrations in
the ...
Page 69
TO Cr Figure 2 : Average values of trace elements in black shale formations in
Kulu valley , Himachal Himalaya . ( Lower Himalayan ( Tethyan Sequence )
Sequence ) Khamrada Formation Katarigali Formation Elements Jari area
Bajaura ...
Page 174
29*1 5" to axial surface and thickness perpendicular to the tangent at that
particular point were measured. The former represents the values of T4 and the
later represents the value of t4 The thickness (T0 and t0) parallel and
perpendicular to ... 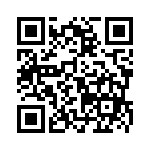