Page 5
While acting on that commission he was directed to appear before the Commissioners for Plantations , on the question of ... With Weld his name appears as a promoter of the younger Winthrop's iron works at Braintree , 1645-1647 .
Page 17
The industry appears to have been introduced into England by the Flemish refugees ( Burn , Foreign Protestant Refugees , 5 ) , and Dekker , writing in 1606 ( Seven Sinnes ) , speaks of the “ sober Perpetuanasuited Puritane .
Page 20
... and seeing our native countrie lyes not farr from yours , and our forefathers ( diverse hundred years agoe ) have made and held frendship and alliance with your ancestours , as sufficently appears by the old contractes and ...
Page 27
a After this ther was many passages between them both by letters and other entercourse ; and they had some profitable commerce togither for diverce years , till other occasions interrupted the same , as may happily appear afterwards ...
Page 28
Upon which resolution they called the company togeither , and made it clearly appear unto all what their debts were , and upon what terms they would undertake to pay them all in shuch a time , and sett them clear .
Next »

Page 343 - God to recompense tribulation to them that trouble you: and to you who are troubled rest with us, when the Lord Jesus shall be revealed from heaven with his mighty angels, in flaming fire, taking vengeance on them that know not God, and that obey not the gospel of our Lord Jesus Christ...
Appears in 1007 books from 1625-2008
Page 115 - Massachusetts ; and desirous to unite ourselves into one congregation or church under the Lord Jesus Christ, our Head, in such sort as becometh all those whom he hath redeemed and sanctified...
Appears in 109 books from 1826-2008
More
Page 250 - It was a fearful sight to see them thus frying in the fire and the streams of blood quenching the same, and horrible was the stink and scent thereof; but the victory seemed a sweet sacrifice, and they gave the praise thereof to God, who had wrought so wonderfully for them, thus to enclose their enemies in their hands and give them so speedy a victory over so proud and insulting an enemy.
Appears in 123 books from 1669-2008
Page 90 - I acknowledge myself much bound to you for your kind love, and care in sending Mr. Fuller among us; and I rejoice much that I am by him satisfied touching your judgments of the outward form of God's worship.
Appears in 87 books from 1669-2007
Page 60 - Upon the hill they have a large square house with a flat roof, made of thick sawn planks stayed with oak beams, upon the top of which they have six cannons, which shoot iron balls of four and five pounds and command the surrounding country. The lower part they use for their church, where they preach on Sundays and the usual holidays.
Appears in 111 books from 1669-2008
Page 319 - One witness shall not rise up against a man for any iniquity, or for any sin, in any sin that he sinneth: at the mouth of two witnesses, or at the mouth of three witnesses, shall the matter be established.
Appears in 335 books from 1804-2008
Page 60 - ... to the land. The houses are constructed of hewn planks, with gardens also enclosed behind and at the sides with hewn planks, so that their houses and court-yards are arranged in very good order, with a stockade against a sudden attack ; and at the ends of the streets there are three wooden gates.
Appears in 72 books from 1669-2008
Page 318 - And, ye fathers, provoke not your children to wrath: but bring them up in the nurture and admonition of the Lord.
Appears in 959 books from 1661-2008
Page 358 - But if six do not agree, that then such propositions, with their reasons, so far as they have been debated, be sent and referred to the four general courts, viz, the Massachusetts, Plymouth, Connecticut, and New Haven.
Appears in 41 books from 1792-2007
Page 67 - Saturday, 12. About four in the morning we were near our port. We shot off two pieces of ordnance, and sent our skiff to Mr. Peirce his ship (which lay in the harbour, and had been there [blank] days before). About an hour after, Mr. Allertun came aboard us in a shallop as he was sailing to Pemaquid.
Appears in 38 books from 1825-2006
Less 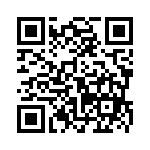