Page 160
The Calumet iron mine was opened in 1898 by the Colorado Fuel and Iron
Company . A camp of the same name , which lasted but a few years , was built
near the mine , and a spur of the D . & R . G . railroad was built to it to haul away
the ore .
Page 428
When this mill was built in 1907 it was the last word in construction . Instead of
putting the windows in the roof , Madge , the designer , put them down the sides ,
like steps , and after that , every new mill was built that way . There had been a
mill ...
Page 439
Some say that the townspeople wanted to be close to Mears ' new toll road ,
which was built through the flat , and others say that when Slover and Wright , the
largest liquor dealers in the district , built the first and largest building at the new ... 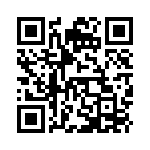